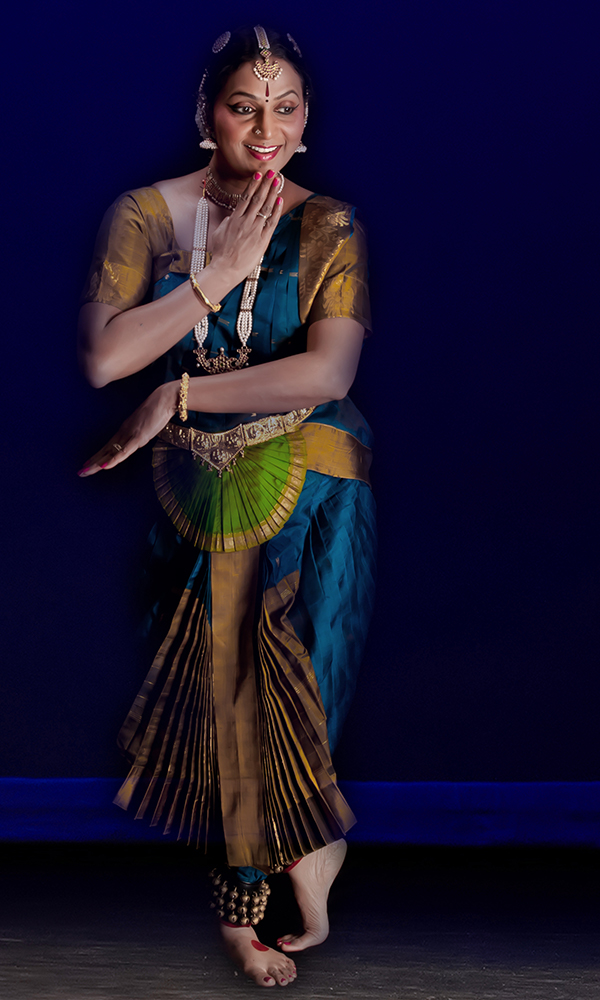 Bharata Natya, though it originated in India, evolved mainly in Southern India. It originated based on the main treatise of Indian classical dance – Bharata’s Natya Sastra and a second text, Abhinaya Darpana, which deals with the emotive part of dance. The Natya Sastra gives you the basis of dance, all the foundational steps and it also talks extensively about theatre and theatre science. It was initially restricted to being performed in temples and then slowly became more widespread in performance venues. Most of the steps are performed with a stiff torso and outwardly flexed knees. Hand and footwork are generally quite complex. Most of the themes are based on Hindu mythology. Over the last century, current social themes and stories have been woven into this dance form.  There are different schools of Bharata Natya and each has its own distinctive style. Guru Nirmala Madhava belongs to the Pandanallur school.

My ideals of classical dance

I don’t believe that classical dance is a rigid form where there is no scope for any kind of change. I believe that there should be clarity in technique, a great confidence in your performance, and a steady control of mind and body. Abhinaya is also a vital part of classical dance. It is an expression of emotion that can best be expressed when you tap into your own fount of feelings and emotions. You need to get over your inhibitions and remain true to the storyline of your performance. Abhinaya requires a calmness in mind while performing. You also need to learn effective breathing techniques that enable to enhance your effectiveness while emoting. I believe it is essential for all Indian classical dance performers to have a good understanding of Natya Shastra and Abhinaya Darpana, the bibles of classical dance.